Ok, so I have a confession. After reading FB posts and blogs about Mother's Day I have to admit- I was feeling pretty ashamed. Sunday I was not as cheery or thankful for or about my family as other moms were claiming.

Kate Hopper's new book and a new blog I've discovered called The Extraordinary Ordinary, both encourage you to write about motherhood without inhibition. Also, my mom wrote in my Mother's Day card to capture the 'moments' and save them, because it's all over too soon.

So, in the spirit of spontaneity and recording my adventures as a mother, here is a glimpse at my Mother's Day 2012:

I awoke knowing I'd get homemade cards and a pencil holder made from a recycled paper towel tube. I knew I would still have to make breakfast and bathe everyone while my husband slept in. I knew I'd be loading them up in the car to head to church by myself.

I didn't know that once we got to church, Sylvia would leave an opened can of badam milk by her shoes (you have to take your shoes off to go in the Joy Room- where people with kids sit). I didn't know that Nile would shove the foam insert from the letter 'o' into his mouth causing him to throw up his entire breakfast on, into and dripping off the fake leather couch.

It would have never entered my imagination that an oblivious lady would come in and ask me how I wanted to collect my gift at the end of the service. Or that she'd leave the door wide open for Nile to run out while I stood dripping sour throw up off my skirt. It most certainly wouldn't have be in my thoughts that Nile would then dump the remains of Sylvia's badam milk into Surjee's shoes while the Mrs. Oblivious blocked me from exiting the room to stop him because she was too worried about me getting my gift.

And who would imagine that there would be no paper towels, only toilet paper in the bathrooms for me to clean up both throw up and milk and that the nearest bathroom would be at the opposite end of the church???

Needless to say, I cleaned things up and marched everyone to the car. I passed two of my friends on my way out. They were glowing in maternal bliss with their dress and hair billowing in an invisible breeze that evaded me, because I was sweating at this point.

Sometimes I really imagine little clouds that blow breezes and shade some people, and others that dump humidity and acid rain on me.

My friends with their cumulus haloed heads tried to convince me to stay, but I smiled, trying not to cry as I joked about the throw up and continued with my brood to the car.

Then, when I get home and realize that I've left Nile's shoes at church to which my husband asks, "How could you forget his shoes?"

In his defense, he did redeem himself by suggesting we all go out for lunch, but I was just not in the mood for more food flinging and spilled milk. So, we went grocery shopping as I slowly started to relax.

Sylvia insisted on using her own money to buy me any book I wanted at the book store. I hugged her and chose my book. Then we were off to a birthday party where I finally started to have fun as I helped the kids fish and feed animals, even though I was still sweating...

At the end of it all, I went to bed laughing about everything that had happened. That's a good way to end any day- with a laugh. And what a memorable Mother's Day I had! 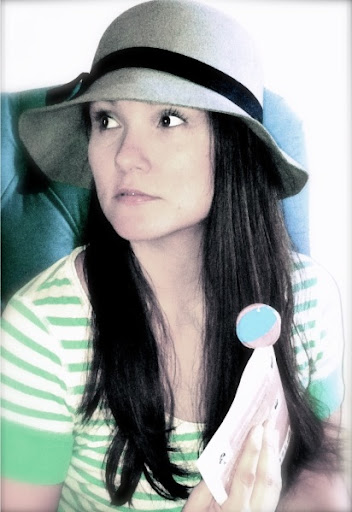